Last week, Bloomberg assembled a panel of leaders from the Bay Area’s Lesbian, Gay, Bisexual and Transgender (LGBT) community for a discussion around the tech industry’s opportunity to be more inclusive and diverse.

While there has been a considerable focus recently on the lack of women and minorities in technology, some feel there has been less focus on the LGBT community. But tech companies and the industry in general have been stepping forward to more actively support the LGBT community, especially as the competition for top talent heats up in and around the Bay Area.

Zach Haehn, head of R&D for Bloomberg in San Francisco, opened the panel by saying, “As a gay man, I’m happy to be able to work in a place where I feel comfortable and can be myself.”

This set the tone for the rest of the conversation, which the panelists focused on the progress already made but acknowledged the long road ahead to full cultural acceptance.

“It has been a phenomenal couple of years,” noted Ellis, pointing to the Supreme Court’s recent decision to consider legalizing gay marriage and the first State of the Union address that acknowledged LGBT individuals.

“We’re chartering new territory in policy, but we need to talk about closing the gap between policy and ‘full acceptance’ – being able to move through life completely equal,” Ellis said. “Some may say the fight is almost over, but if you asked the transgender world, for example, they’d say not really. There’s a long way to go but we’re in a great place and have a lot of momentum.”

Silicon Valley, specifically, was recognized by many of the panelists for being a unique place that truly embraces individuality and innovation. “Tech itself is a special space where newness and difference is fuel, so it breeds more openness towards diversity. It’s a different palette,” said Wilson.

“Silicon Valley tends to be more friendly and accepting because of the youth here; acceptance is usually tied to youth regardless of background,” added Chung. “The nature of what we do is a lot more meritocratic. We don’t need to relate to one other in old business ways.”

But there was also general agreement that the Silicon Valley community cannot get complacent with its recent successes and advances.

“We’ve come a long way, but we have a much longer way to go. We need to step outside Silicon Valley and realize there’s a much bigger world,” said Wilson.

In speaking about her company, Twilio Inc., DeGuzman said, “We’ve had it easier than others in Silicon Valley, so we had blinders on that we didn’t want to carry through our company.” She noted that her company’s employees now push themselves to see how they can be more gender-neutral in what they do and how they relate to one another. “This is something people want to rally around and change,” she said.

In order to keep the momentum, Ellis underscored the continued importance of coming out and pointed to the power of Tim Cook’s decision to come out in Bloomberg Businessweek last year. “To see someone at that level and at that company come out creates a global event; it passes borders,” she said. 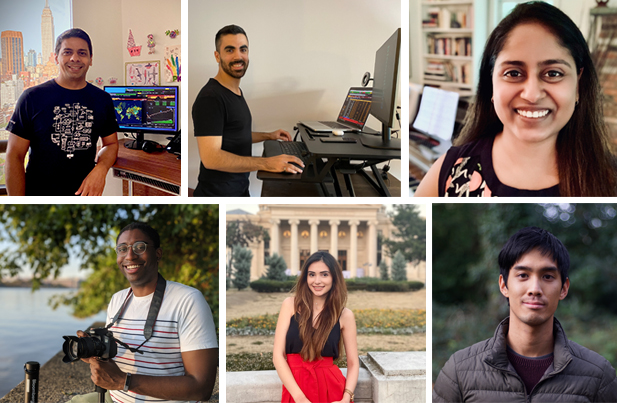