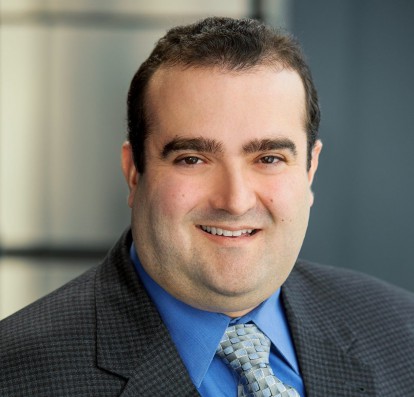 The former President of The Apache Software Foundation who now leads compute architecture at Bloomberg discusses the financial technology company’s deep engagement with open source technologies and the community.

The software world isn’t zero sum. Just ask Justin Erenkrantz, head of compute architecture at Bloomberg. Erenkrantz isn’t your typical developer. He joined the company from the world of consumer-facing media startups.  He had previously served as a director and President of the non-profit The Apache Software Foundation.  Apache’s all-volunteer board oversees more than 350 leading open source projects, such as the world’s most popular Web server software.

At Bloomberg, Erenkrantz was charged with helping to turn Bloomberg’s nascent open source culture into a cornerstone of its technology strategy.  It’s been a massive job. But with Erenkrantz’s leadership – combined with the efforts of many others in both Bloomberg’s engineering operation and CTO Office – the company has moved into a range of open source projects, from the software application layer down to hardware and networking technologies.

As more open approaches to innovation catch on, Erenkrantz discusses how Bloomberg has embraced open source, and used the methodology to surface the best ideas—sometimes seeking forgiveness rather than asking for permission.

The following conversation with Erenkrantz has been edited for length.

The evolution of open source

One of the selling points of coming to Bloomberg was the opportunity to help shape Bloomberg’s open source agenda. My background is in open source, and contributing to and providing leadership within open source projects was something that was really valued. I remember talking with [Bloomberg co-founder] Tom Secunda about the values at Bloomberg. We wanted to start sharing what we do.

Over the last five years—even before I started— we were starting to contribute and work with the communities. It reached the point where Bloomberg needed some folks with experience in the open source community. That’s when I joined and CTO office member Kevin P. Fleming joined shortly after.

Developers are the rock stars

The challenge is: How do we make our developers more effective? We’ve been looking at how to take the workflow and the software development practices and modernize them using best practices. At Bloomberg, the developers are the rock stars. So how do we support that? How can we give those developers the best-of-breed tools?

There’s a constant feedback process. We talk with a lot of the application teams, and they’re usually working on something for a particular client or to create particular functionality. They’ll tell us they need a new database, for example, and want to know what databases are out there already and the constraints. We’re familiar with a lot of the spectrum of [available] technology, so we can make recommendations.

Taking the lead on OpenStack

We decided to publish the Chef cookbooks that we use to build OpenStack clusters. We were a very early adopter of OpenStack. We started about four years ago in the CTO Office, with research and evaluation projects. We incubated at first, and now we have a fantastic R&D team that is really driving our OpenStack efforts forward.

How do developers get compute, storage and networking resources? And how do they do that in a fast and flexible way, and within the Bloomberg environment? There is a lot of infrastructure that goes into creating a permission-less development workflow, and a lot of automation is required to make that seamless.

The great thing with open source is a lot of this new infrastructure we’re building is all built on top of open source. So anybody can go use the same thing—whether it be OpenStack, Apache Solr, Apache Hadoop, or Chromium.

And we talk a lot about culture change. There were developers who felt like they had to ask for permission. I have to have a technical enablement to allow a permission-less workflow, but we also have to yell and scream to our developers: Go, go, go! Don’t ask for forgiveness—just go! I think we’ve been very fortunate here at Bloomberg, being able to get buy-in across the entire organization to say to our security teams, our legal teams: the default answer isn’t no.

In the end, everything we do is geared toward making the best product for our customers, so why shouldn’t we be using the best tools available?

Open source for the greater good

In the open source community, you’re always putting the code first. It’s never about the people. And that culture of making the best product very much exists here at Bloomberg. It doesn’t matter where that idea came from. It’s about how we put all of our heads together. Whichever the best idea is, let’s go with that.

So, that’s definitely been a value that we can see – a rising tide lifts all boats. I am a very firm believer that the more people you get in the ecosystem, playing with it, contributing to it, the better everybody is going to be.