Earlier this year, we shared a post about our third collaboration with Cornell Tech,  which resulted in  a semester long challenge for a team of six students to design and build a product that automates sarcasm detection. This was no easy task. Sarcasm is based on tone and context and as a result can be quite difficult for computers to decipher, as opposed to straightforward rhetoric.

Apps generate the most number of reviews per product and online reviews drive nearly two-thirds of consumer purchase decisions. So the ability to weed out sarcastic reviews could have a significant impact on future consumer buying/downloading behavior.

As a big believer in data-driven approaches to problem solving and innovation, and a supporter of entrepreneurship in future generations, we were particularly excited to see how the students tackled the issue.

Here’s how the app works:

The students focused on why consumer reviews can be misleading based on language sentiment. Most five star consumer review platforms – like the Apple app store or Amazon  – are  lacking transparency and credibility for authenticity because they accept  anonymous contributions. And, research shows star ratings are not always reflective of what is written in the review, especially for mobile apps.

Initially, due to the lack of data on sarcasm, the team endeavored to start “The Open Sarcasm Project.” This was an attempt to collect sarcastic reviews from users, but unfortunately this method of data collection proved to be too lengthy given this was a three month project. (It would potentially take a year to collect data this way.) As an alternative, data was crowdsourced through Amazon Mechanical Turk.

The team manually sifted through thousands of reviews and using machine learning techniques this data helped to create algorithms that enabled reviews to be defined as either sarcastic or credible.  Taking the next step, using natural language processing and machine learning tools, an algorithm was developed to then prioritize the sentiment of linguistics.

The result:  TrueRatr is able to provide a star rating that removes sarcastic reviews.

Let’s look at some examples:

The TrueRatr for app reviews can be used by anyone, and developers can access the code for the algorithm on GitHub, which could be applied to projects beyond reviews. For more details on TrueRatr and how the Cornell Tech team developed their concept, you can view their slide presentation delivered at the end of their project.

As for any potential use of the technology specifically by Bloomberg – we’ll keep you posted.

Special thanks to the team for their work this challenge. The work was inspired by Christopher Hong – the Cornell Tech student mentor at Bloomberg – and based on his 2014 master’s thesis, which investigated sarcasm detection . 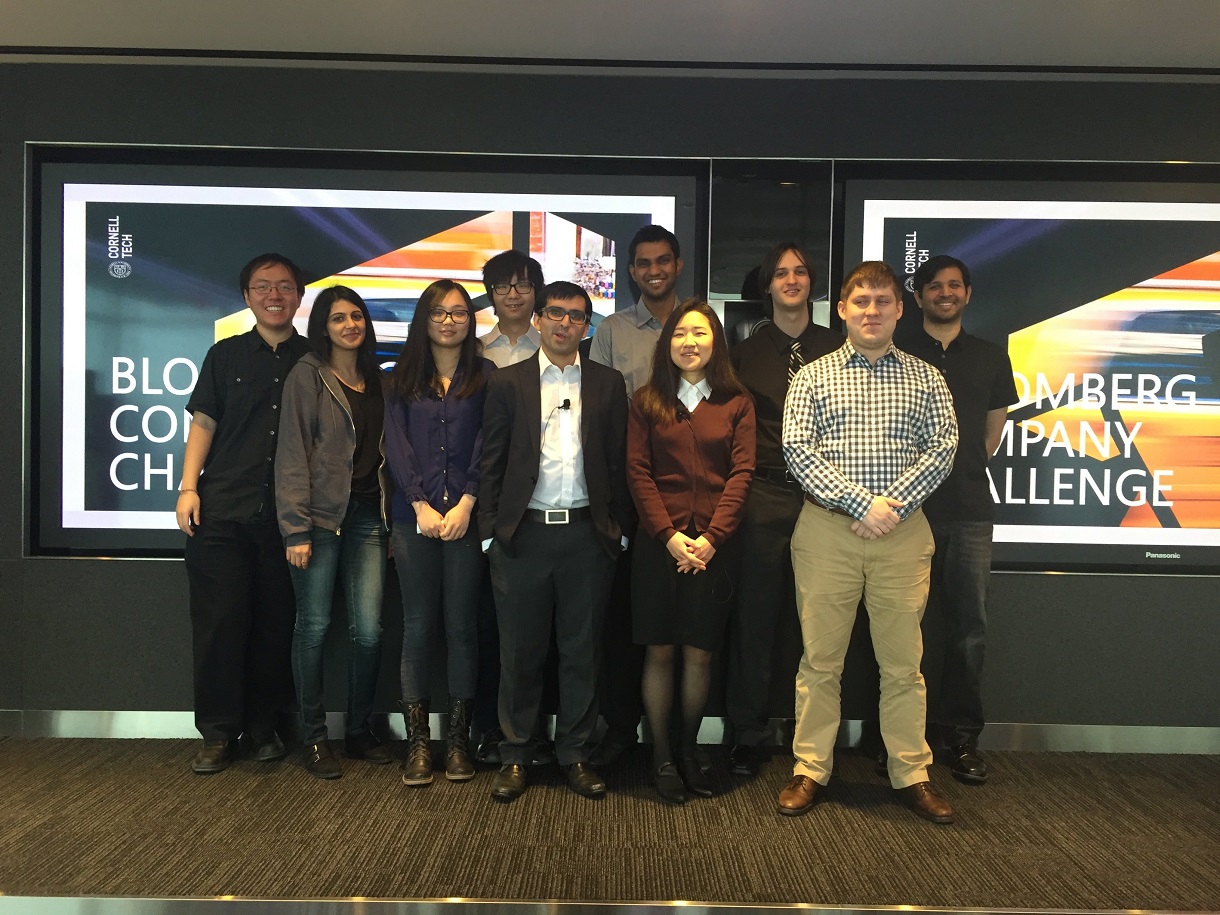 BQuant Behind the Scenes: How Bloomberg Leveled the Playing Field for Quantitative Analysis in Finance